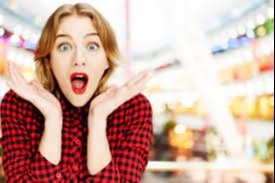 2021 was another fascinating year in global markets as we saw Meme mania, Crypto mania, Covid Mania, and many other manias sweep across the world.  While on the surface markets looked like a normal year, under the hood there was a lot more chaos than anyone could have imagined.  The funny thing about this year is that if on January 1st, money managers were given how the data would play out over the course of the year I am not sure anyone would have made any money.  The persistence of inflation causing Jay Powell to delete the word “transitory” surely would have sent gold and silver prices rocketing higher while also cutting the valuations of big tech.  WRONG!   Chinese credit issues and a property bubble bursting while the government cracked down on several industries would have been felt across many risk markets and caused a significant correction.  WRONG!  With vaccines being rolled out across the world, the economy would reopen leading to both cyclical and small cap stocks vastly outperforming.  WRONG!

As I looked back over the course of the year there were so many instances that defied conventional and consensus thinking.  This reflection coincided with every research firm out there putting out predictions for 2022 and it got me thinking about what surprises 2022 will hold.  Given where markets are today, a market surprise is where some real money can be made going forward.  I would also like to note that these surprises are in no particular order, nor does any one have a more likelihood of happening. (After all, they are surprises)

Surprise #1:   Value outperforms Growth.  Now this one is an absolute shocker because growth has been outperforming value for years and every year people come out and say that value will outperform growth.  Maybe this is not a surprise in the fact that I am predicting it, but it will be a surprise if it actually happens because growth has trounced value for the better part of a decade.  In particular, the defensive stocks should garner some interest this year as many industries such as staples, telecom, and pharma have lagged forever and look extremely cheap.  Additionally, they have pricing power and may be some of the few industries that see margin expansion in 2022.  2021 saw the destruction in non-profitable tech which lead to the piling into large cap tech which drove the indices in the second half of the year.  The trade has become extremely crowded and managers may look elsewhere for safety into traditional defensive value.

Surprise #3:  Inflation Surprises To The Downside.  I have been a huge proponent of inflation since mid 2020 and the fact that it was going to be much higher and last longer than many were anticipating.  In November 2021 business week ran a cover that featured inflation being back and the fear real.   While investment covers are notorious for being late to the party, there are some real concerns for inflation in the back half of 2022.  First of all, the huge amount of free money that was handed to people will have worn off after the first part of 2022.  The Federal Reserve will be tightening policy in 2022 and because the amount of money they printed was so large, by simply not printing more money they are in effect tightening policy.  A  lot of demand for goods was pulled forward into the pandemic.  (You do not need to buy a car, dishwasher, phone, computer, etc. every year).  As supply chain problems ease, and inventories are re-stocked this could have a downward effect on prices.  Next, the amount of debt that was taken on over the last two years was enormous (not to mention all the debt since 2008).  Debt is deflationary as the more debt you have, the more money that is used to service this debt and less it actually circulates through the economy.  Most companies do not payoff that debt through cash flow, and in fact will simply refinance at a later date.  This will eventually be a large deflationary drag on the economy.  Lastly, while rent and incomes should maintain higher pressures on inflation, there are enough potential deflationary risks that inflation could surprise lower.

Surprise #4:  We Have A Military Conflict.  There are a lot of problems politically across the globe as we exit the pandemic.  This is not just a USA problem where differing political views are becoming more and more stark.  Many people are worn thin from various Covid restrictions and mandates and are unhappy about soaring prices and lagging wage growth.  As far back as the Roman Empire it is pretty well known that government needs to appease the mob.  As this mob becomes more and more discontent the probability of a major military conflict grows ever greater.  The easiest way for politicians to gain the favor of the populace is to blame someone else and use force and patriotism to unite the people.  At a time when there are tensions in Ukraine, Turkey, Taiwan, and Iran all simultaneously the odds that a major military conflict comes to fruition are greater than at any time in recent memory.

Surprise #5:  Corporate Margin’s Contract.  One of the fascinating things throughout the pandemic has been the power of corporations to grow margins.  In fact, current and future margin estimates for companies in the S&P 500 are the greatest they have ever been currently around 14%.  These estimates leave little room for error with companies and as the economy inches closer to normalcy there are several factors that could dent margins in the coming year.  Rising labor costs, slowing demand, increased inventories, sustained high input costs, and lower selling prices are all things that could surprise negatively for companies.  You only need 1 of those 5 things mentioned to surprise negatively to adversely affect corporate margins after a 2-year goldilocks environment.

Surprise #6:  Precious Metals Outperform Everything.  2021 should have been the year for precious metals as real interest rates continued to hit record negative territory and inflation surprised dramatically to the upside. However, precious metals fell flat on their face and fund positioning in precious metals are at one of their lowest in years.  This has left many to ignore the asset class with the view that if it can’t work in an environment when it should do great, then it never will.  The fascinating thing again with 2021 is that although gold and silver futures contracts were sold most of the year, there were several central banks globally that were stocking up on the actual commodity.  These types of long term holders should provide a floor for the price and it would not take much for the paper traders to follow suit.  In fact, should there be some negative surprises in 2022 either through the economy or geo-politically precious metals could see a big influx of capital and prices could rise dramatically similar to how lumber, natural gas, oil, or coffee did in 2021.

Surprise #7:  At Least 1 Of The Big Tech Stocks Ends The Year In A Bear Market.  It seems like every year the big tech companies are a win-win trade.  They are part of everything we do in everyday life and have profited handsomely for years.  Many of these companies trade at premium valuations that reflect this dominance.  The second half of 2021 these companies held up the indices as many companies saw massive drawdowns in their stock prices.  As these trades have become more and more crowded it leaves the door open for at least 1 of these stocks to surprise to the downside and end the year in a bear market.  With the type of valuation that these companies are currently carrying, they do not have to have disastrous earnings in order to see significant downside in share price.  Additionally, because of their dominance there will be a growing risk politically for something to be done to combat their profitability.  This could come from antitrust regulation, increased taxes, or more regulation.

Surprise #8:  The Dollar Strengthens Dramatically.  Dollar strength was a 2021 surprise as it was a consensus weakening play coming into the year and the positioning reflected that.  A big part of the rise of the dollar in 2021 was a reversal of the negative positioning.  Many still expect the dollar to weaken again next year and fundamentally over the long term this may be the case.  Even though positioning has flipped positive for the dollar, a draining of liquidity from the Federal Reserve next year could be a boon to the dollar in the short term.  The dollar is traditionally a safe haven currency and especially a go to asset when liquidity dries up across markets.  If the Federal Reserve missteps and causes a liquidity problem, you could see a large spike in the dollar that catches everyone off guard.

Surprise #9:  A Major Fraud Makes Headlines.  Easy monetary policy, two years of huge fiscal support to the economy, and capital markets that have been wide open (think about the easy money of SPAC’s) have laid the groundwork for fraud.  There have already been reports of a significant amount of businesses and people that took advantage of the PPP program.  What I am talking about here is not small business or even smaller non-profitable companies and SPAC’s that many people are already weary of.  When companies can raise large amounts of cash with very little questions asked the chance that someone is doing something wrong is significantly greater (Greed is a powerful emotion).  Many times these frauds can go unnoticed for years and it is not until the business cycle turns that these frauds are uncovered.  As we get into the second half of the year and the business cycle matures and inventories start rising a Major Firm will make headlines for duping investors.  This stock will be a company that was considered a can’t miss investment and a darling of both retail and institutional investors alike.  While I will not list any companies specifically, there are about 10 companies that have questionable accounting practices that are possibilities right now.

Surprise #10:  Treasury Yields On The Long End Fall.  A common theme to my surprises has been based around positioning and interest rates falling is no exception.  Many funds are short bonds expecting long-term rates to rise.  Fundamentally, with the type of inflation we saw over the course of the year, interest rates should be dramatically higher than where they are currently.   The fact that Federal Reserve is tapering into 2022 has many investors believing that once they step aside it will allow rates to rise naturally throughout the year.  The risk of a policy mistake by the Fed, coupled with the large short position in bonds, and the chance of a slowing economy in the second half of the year means that interest rates on the long end of the curve could surprise to the downside.  Depending on how much the Fed tightens and how quickly the long end falls, we could see an inverted yield curve by the end of 2022.

I look forward to an entertaining year in the markets and will check back in December 2022 to see how these predictions pan out.  Who knows, maybe the big surprise will be the consensus nailed 2022!