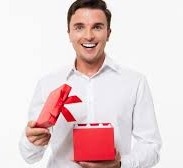 2022 was a surprising year for many as there was very little that worked from the investing landscape.  In fact, it was the worst year for a balanced 60% stock/40% bond allocation since the 1930’s.  There are a lot of interesting things that developed, and the consensus has now shifted to a mild recession, with market lows in the first half of the year, followed by an excellent rally and ending with positive gains for the year.  Before we get into our surprises for 2023 let’s check out how we did for 2022. Overall, we got 7 out of 10 correct with a couple of half point awards in there.

#2:  Demand Weakens.  This was mixed as demand dropped dramatically in “owning things” but stayed strong in “doing things”

#3:  Inflation Surprises To The Downside. This was flat out wrong.  While it appears that inflation may have finally peaked it did stay much stronger for the majority of the year.

#4:  We Have A Military Conflict.  Unfortunately this was spot on as Russia invaded Ukraine.

#5:  Corporate Margin’s Contract.  This was right as the second half of the year ended with corporate margins starting to fall, although not dramatically.

#6:  Precious Metals Outperform Everything.  This is mixed, while precious metals will end the year near the flat line it is basically in line with oil, way better than stocks and bonds, but not as good agriculture commodities or natural gas.

#7:  At Least 1 Of The Big Tech Stocks Ends The Year In A Bear Market.  Every big tech stock is ending in a bear market with some returns like Tesla down almost 69% for the year.

#8:  The Dollar Strengthens Dramatically.  While the dollar is off its highs of the year it is still ending with a 10% return.

#9:  A Major Fraud Makes Headlines.  Nailed it, FTX anyone.   Unfortunately, there are more to come.

#10:  Treasury Yields On The Long End Fall.  This was wrong and while yields are falling towards the end of the year, treasury yields rose steadily throughout the year.

#1:   Volatility Spikes.  One of the odd things that happened in 2022 was that even though markets performed poorly, owning volatility actually made a portfolio worse off.  VXX which is an ETF that tracks volatility was down 24% for the year as of this writing.  The reason for this was that the selloff was much more methodically and thus volatility slowly dropped as well.  Interestingly, positioning going into 2023 is for volatility to drop dramatically.  This sets up for traders to get caught on the wrong side of a trade should we get a quick drop in markets which will cause them all to hedge at the same time and volatility to spike dramatically higher.

#2:  SAFE Banking Act Passes.  Investors in the cannabis space have been looking for this act to pass for a couple of years and have been owning publicly traded companies in anticipation of that.  As congress passed the recent 1.7 trillion omnibus package to avert a government shutdown, SAFE banking was left off the bill and a lot of these investors threw in the towel that it will never get passed.  This sets up nicely going into 2023 as a potential recession dwindles federal and state tax receipts which will hurt even more given the gluttonous spending over the last several years.  What better way to increase tax receipts and allow banks to lend to cannabis companies than through this bill.

#3:  Deflation Becomes More Prevalent Than Inflation. As we saw in 2021 and into 2022 once the inflation train gets rolling it is very difficult to stop.  The Federal Reserve tightened monetary conditions at one of its fastest paces in history.  Couple this with the exorbitant amount of debt taken on post pandemic and possibility of a recession (mild or severe will not matter) and deflation could become a bigger topic of discussion than inflation.  How the Fed handles this potential deflation will be very important in how the economy reacts as we could easily go back into an inflationary period again.

#4:  Buying Opportunity Of A Generation For International Stocks.  Investors always focus so much on domestic companies because that is what they know.  The access to capital around the world has made it much easier now to invest overseas.  For good reason, international stocks have underperformed US stocks for the last 15 years.  As we go into 2023 the valuation discount to US stocks is one of the largest on record and as the possibility of a global recession increases into 2023, the last shoe to drop is usually what led the previous bull market.  When you factor in the dollar strength of the last several years, if we see the dollar peak in 2023 or possibly already has in late 2022 this would be a gigantic tailwind for international stocks as we head into the next decade.

#5:  Geopolitical Tensions Ease.  2022 saw geopolitical tensions come to a boil and it was not just Russia/Ukraine.  There were several instances between the US, China, Taiwan, and North Korea that were very concerning.  While tensions can last decades a global recession could cause these tensions to go from boiling to simmering and potentially cool off altogether.

#6:  Options Trading Comes Under Scrutiny.  2022 was the year of the Crypto scrutiny as a few firms went under and many Crypto currencies lost over 90% of their value.  One of the fascinating things that I have noticed over the last few years is the amount of power options have on overall moves in the stock market.  In my view, this was a major reason we saw the bubble highs of 2021 as greed caused traders to get overly aggressive bidding up call options in companies which in turn made prices skyrocket.  We saw a little bit of a reversal of this in 2022.  The big kicker was the introduction of 0DTE options.  These are options that expire the same day.  In fact, in 2022 the usage of these options has skyrocketed.  Options have built in leverage meaning if the price of a stock moves 1% the options price can move 100%.  There is a place for options and they can provide great portfolio enhancement tools, however, like Wall St always does, they take it too far.  I expect that the next big market blowup which could come in 2023 will be caused by these 0DTE options and some major player being very wrong in their bet causing the government to get involved.

#7: Treasury Bonds Are The Best Performing Asset.  While treasury bonds performed even worse than stocks in 2022 the increase in yields have created an alternative for the first time in over 15 years.  While many people were still looking for yields in high yield bonds and low credit instruments, it is the treasury bond that will make a safe haven recovery in 2023.  While yields may eventually go higher, a dash for safety into a potential recession will provide treasury bonds with their best return in years.

#8:  Small Cap Stocks Outperform Large Cap Stocks.  While small cap stocks are economically sensitive and tend to perform worse in bear markets and better in bull markets they should outperform in another difficult year for stocks.  The reason behind this view is that large cap stocks have been dominated by a select few tech companies over the last several years.  There is so much money allocated to these companies that once market participants really turn to risk off, these particular stocks are going to be dumped faster as cash needs to be raised.  This indiscriminate dumping of stocks from “passive” index traders will lead to Large Cap stock underperformance and lay the groundwork for the next potential bull market which will begin in Small Cap stocks.

#9:  Unemployment Rate Skyrockets.  The labor market has been extremely tight post pandemic and many business owners have struggled to fill positions.  In fact, it is the strength of the labor market that is keeping the economy from going into a full-blown recession.  Many are predicting that a mild recession will create some job losses but the tight labor market will only allow jobless rate to creep up slightly.  This is going to be a fascinating development over the course of the year, but there is a real possibility that given the amount of debt taken on and the increase in interest rates, that once demand really starts to wane that jobs will follow suit and the jobless rate will go much higher than anyone is expecting.

#10:  Lionel Messi Decides To Move To MLS.  Given the fact that we are coming off a thrilling World Cup and victory by Argentina I thought it would be fun to keep the soccer or futbol talk going.  Arguably the best player to ever play the sport just cemented himself as one of the all-time greats by winning the one elusive trophy.  As he has accomplished everything there is in the sport and he looks to wind down his career he makes a move to the United States to promote the game in the biggest growth market for the sport.

I look forward to an entertaining year in the markets and will check back in December 2023 to see how these predictions pan out.  Who knows, maybe the big surprise will be the consensus nailed 2023 this year because they certainly whiffed badly in 2022!