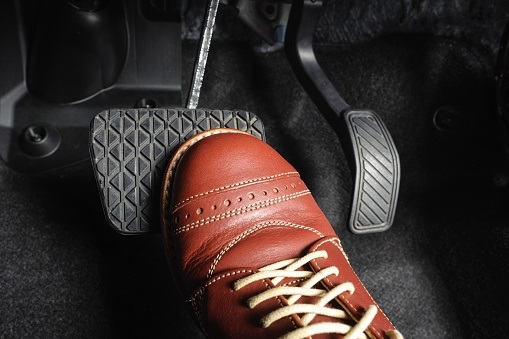 Divergences: Hit The Gas Or The Brakes

After a year marked by many surprising moves and people taking on lots of risk with their investments risk management has become an afterthought.  In fact, anyone practicing risk management has lagged significantly to those that have kept the pedal to the metal for the last 16 months.

There are several people, and many prominent investors, that have argued that the Federal Reserve QE program has grossly distorted price discovery.  What does that really mean?  Price discovery is the idea that asset classes are used to find the correct price of other asset classes (each price isn’t in its own vaccum).  The treasury market has historically been a great tool to use for price discovery.  As yields drop it predicts a slowing of the economy and risk off conditions in the future and as yields rise it predicts a better economy, higher inflation, and general risk on conditions in the future. This can be used as a benchmark to discover price in other assets.  The last year, the Fed’s gigantic balance sheet and bond buying has kept rates artificially low and distorted the price discovery process.  The below chart of inflation suggests yields should be much higher.

Let’s take a look at an example.  Below is a chart of semiconductors with the price in white, the relative return to the S&P in orange and the relative return to the Nasdaq in yellow. The reason we want to take a look at this is that Semiconductors are considered a leading indicator for technology and they tend to be the most cyclical with bigger booms and busts.   When Semiconductors are leading it tends to mean that the advance is strong and risk on conditions will continue, while when they are lagging it tends to mean the advance is weakening.  This chart demonstrates a bearish divergence where semiconductors made a new all time high in late June, but the relative high was actually made in February.  This can simply be interpreted as investors preferring to invest in companies within the index that move less than semiconductors and thus they are positioning themselves to take less risk. 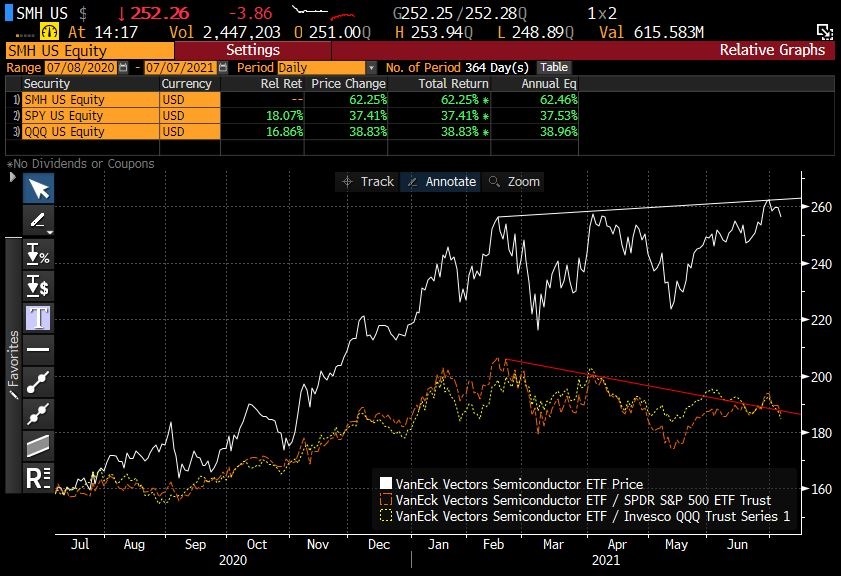 What is more fascinating about the current situation is how concentrated the S&P 500 has become in the big 5 stocks.  These companies makeup almost 25% of the entire market as shown below.  This type of concentration can make divergences even more prevalent.  This means that because of the large weighting of 5 companies, if they move higher it can keep the index higher even if most other stocks are lower.  In fact, they have become a bit of a “safety trade” since the Covid crash because of their ability to maintain profitability while everyone else is shut down. 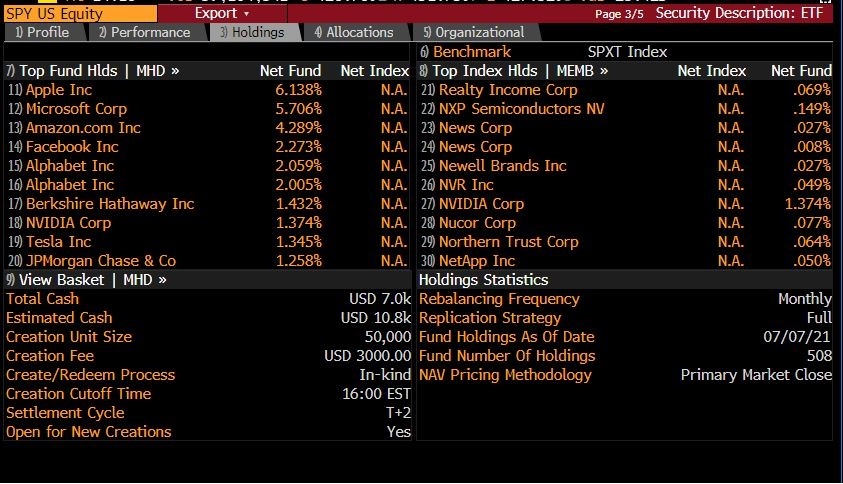 There are several ways to interpret this data (that is what makes a market).  Looking for divergences are a way to stay ahead of the market and spot potential pitfalls in the market.  A divergence here or there may lead to a speed bump or be completely ignored, but the more divergences that pile up across many different sectors and asset classes can be a great indicator of whether to hit the gas or the brakes.