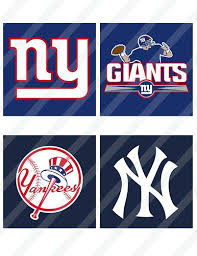 As we enter the heart of corporate earnings season and the season for two of my local sports teams, the NY Giants and NY Yankees are over, I thought it was a good time to reflect on the similarities between sports and stocks.  There have been numerous times a client asks me why a company that beat estimates on both revenue and earnings is trading down 10%.  By looking at expectations, and comparing it to a sports team, it can help investors relate and explain reactions to how things ultimately turn out.

Professional sports are an extremely lucrative business with a loyal following.  They have had so much success that they have spawned ancillary businesses that feed off that loyal following such as sports bars and fantasy sports.  In fact, ESPN was so successful as a dedicated 24/7 sports media outlet that the network companies spun off their own sports networks CBS sports, Fox Sports, and NBC sports (ABC and ESPN are owned by the same parent company Disney).    Today, you cannot turn on the TV or browse the internet without hundreds of experts and pundits making predictions about upcoming games and seasons.  These analysts and predictions are what create expectations for sports enthusiasts.  This is not much different than the stock analysts that spend all of their time building models to forecast corporate earnings and putting price targets on those stocks.  In either case, because of the amount of money involved, you have dedicated analysts that spend all of their time researching and making predictions about the future.

Growing up in the NY area I have followed NY sports teams all of my life.  In fact, there is no team that I follow more closely or can change my mood more than the NY Giants.  Going to college in Pittsburgh and living in Philadelphia for 13 years showed me that while a NY sports fan can be up and down some cities entire mood changes on the outcome of sports teams.  While the ultimate result is important, there is only one winner every year and the expectations play a major role in how that fan base feels and reacts to their teams.  Using my local example, going into this year the expectations for the NY Giants were very high as seen here http://www.espn.com/nfl/story/_/id/20592515/nfl-predicting-all-256-games-final-records-2017-season and some were even predicting a super bowl run http://www.fios1news.com/longisland/phil-simms-interview-june-20-2017#.We3_jrpFzjo.  We haven’t even reached the halfway point in the season and the giants are all but eliminated from playoff contention.  While no fans want to see their team lose, the expectations of a strong season make the 1-6 Giants feel worse than an 0-7 49ers or -0-7 Browns which were not expected to do well.  In fact, while most NY Giants fans are calling for the general manager and coach to be fired and the franchise quarterback to be traded, the winless team’s fans are looking for positives that build hope for the team’s future success.

On the flip side here is a look at the NY Yankees preseason predictions for 2017.  If you do not want to read the whole thing, scroll to the bottom for the summary of how not much was expected this season.  http://bleacherreport.com/articles/2700325-new-york-yankees-complete-2017-season-preview-predictions.  In the end, they finished the season one game away from the World Series, Aaron judge is an icon, and fans are excited for many more years of playoff and potential World Series victories.  Even though the Yankees will not be champions, by exceeding expectations and giving hope for the future, the fans reaction is positive.

The dichotomy of these two fan bases is very similar to how company stock prices react to earnings releases.  There are hundreds of analysts, money managers, pension funds, and traders that spend a lot of resources trying to forecast how the company is doing and how it will report for the next quarter.  These forecasts are pooled together to form expectations (consensus number) of what the company will report.  Immediately after this report, the stock price tends to be volatile and move positively or negatively as the new information is digested.  The interesting thing is that a company’s stock price may not react as positively or negatively as a simple beat or miss of those consensus numbers.  Many times the expectations leading up to the report can factor into how the stock price moves.

Let me use two recent examples of company reports.  The first one is Genuine Parts Company (ticker symbol GPC).  Expectations were high and the stock had been up over 20% since August.  They reported earnings on 10/19 and had reported positive surprises in 10 of the last 15 earnings reports.  The company missed earnings and the stock instantly dropped 8.5% the next day.  Not only did the analysts (sports reporters) have a forecast that was too high, but the investors (the fans) also had high expectations and when there was a negative earnings surprise, the investors sold the stock.

The second example is HCA healthcare (ticker symbol HCA) which pre-announced earnings on 10/18.  They operate hospitals and have struggled recently with cost issues and uncertainty regarding healthcare reform.  The analysts are fairly mixed and investors have low expectations as the stock has fallen over 16% since March.  The company pre-announced earnings much lower than analysts expected and attributed it to hurricanes Harvey and Irma.  After the announcement, the price target and general reaction from analysts was negative and the stock initially dropped by 8% only to rebound and be up almost 5% since before the announcement.  So while the news was not great, expectations were so low that investors were able to look at the positives, form hope for the future, and the stock was able to react higher.

There are many other examples, but just like an angry fan base can force change in leadership, investors can force change in a company by continuing to sell stocks that do not beat expectations.  While it is impossible to consistently quantify expectations surrounding a company it is important to know how much expectations play in the stock performance.  This can help investors make valuable decisions such as selling into stock price strength on low expectations when the fundamentals of the company are not improving (Like not getting your hopes up when the NY Jets were 3-2 this year).  It also can help buy stock price weakness in companies that sold off because of missed expectations but still have strong fundamentals.

I hope that this sheds some light on how to look at companies during earnings season.  And hopefully for us beleaguered NY Giants fans, we will find ourselves enjoying the satisfaction of beating expectations like this https://www.youtube.com/watch?v=i1kI8dZwM1Y sometime soon.