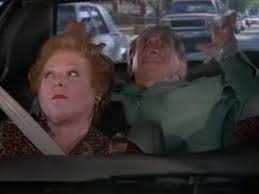 The other night I was watching my favorite show of all time at 11 pm while simultaneously checking the futures and Asian markets as the EverGrande debt issues had finally been noticed by the markets and the media.  While many were claiming it was another potential Lehman moment, I had to remind myself that Bear Stearns happened way before Lehman.  While I sat there having an internal struggle on how this would play out, the genius of Seinfeld struck me as Frank Costanza and Kramer continued to say “serenity now” in the background of a classic episode.

The markets of the post financial crisis and the actions of the central bankers across the world have mimicked this particular episode for the last 13 years.  In the past I have not been overly critical of the Federal Reserve and their policies as many have been since the beginning.  Recently it has become harder to justify their stances as the results of their policies leave a lot to be desired.

The Federal Reserve has gigantic power in shaping markets and economies and in some cases can be considered reckless.  Economic cycles are a natural part of life and recessions are a natural part of the cycle.  In fact, while many tend to look badly upon recessions, they are actually a healthy part of the business cycle as it cleans the excess from the system and lays the ground for the next economic expansion to work on its own without the constant need for intervention.  However, since 2008 we have seen nothing but constant intervention from the Federal Reserve at every minor tantrum that the market throws.  The Federal Reserve has been using monetary policy as a coping mechanism as opposed to a cure for years.  The best analogy that I could find hit me in the face as I watched the Seinfeld “serenity now” episode.  For those that are not Seinfeld fans, here is a short clip to give you some background.

Here is a little history of how we got to our current state.  At first when the Federal Reserve announced QE1 in late 2008 in the midst of the financial crisis it seemed like a necessary move to try and save a collapsing financial market.  The idea was that this would be temporary to help unfreeze the credit markets and then let the global financial markets heal on their own.  Serenity Now! After a few months, credit markets opened up and overall markets bottomed.

After the markets recovered significantly, central bankers were looked at as heroes for saving us from experiencing another great depression.  What was interesting is that only 2 years after QE1 was in place the economy was expected to be able to work on its own. However, as the summer of 2010 wore on, it became apparent that Europe was having additional sovereign credit problems as Greece needed a bailout.  After the markets corrected about 20%, instead of normalizing rates or the balance sheet, the Federal Reserve, started QE2 which meant that they would buy more treasuries.  Serenity Now!! Markets proceeded to rebound.

Another problem was avoided by central bank policies and shortly they were expected to step back from these “crisis” policies.  One year later, in the summer of 2011 markets again took a downward move as US debt was downgraded along with government lenders Fannie Mae and Freddie Mac.  3 years removed from the financial crisis and even with the Federal Reserve saving the day in the past, they were again forced to use operation twist.  This was to sell short term bonds and buy long term bonds in order to stimulate lending.  Serenity Now!!!!! Markets proceeded to rebound.

In fact, as markets rebounded every time the Fed added more liquidity, other central banks started to jump all in on this as well.  Kind of like how Kramer started to copy Frank Costanza’s relaxation method.  The only problem is that the more Kramer coped with, instead of fixing the problem, the worse it got and the more “coping” he needed to do like this clip here. What started as an idea to help heal financial markets and stimulate the economy only masked the problems and gave short term relief.

After another downturn in 2012 the Federal Reserve decided it was going to do QE3 or QE infinity while also keeping interest rates near 0 through 2015.  In fact, this lead markets on a straight trajectory up until late 2015 as the markets were able to digest a tapering of Quantitative Easing.   The Federal Reserve was so sure of their success that they then raised interest rates in late 2015.  This was immediately followed by a market correction in 2016 which caused the Federal Reserve to pause interest rate increases through almost all of 2016 until after the election.  Serenity Now!!!! Markets recovered again.

As the Federal Reserve was able to avert the slightest bit of rage from the market once again, they actually were able to embark on a true interest rate raising cycle through much of 2017 and 2018 almost 10 years after they started the easing process.  However, the only reason they were able to do this was behind the distraction and promise of a better economy from the fiscal side with both tax cuts and trade deals.  If you remember, there was a constant 24 hr news cycle about the makings of these deals.

This ability to normalize did not last long, however, as markets once again corrected 20% in late 2018 once the fiscal headlines subsided.  This caused the Federal Reserve to pivot and not only pause rate hikes but start cutting again in 2019.  Serenity Now!!!!  Markets recovered and the idea of the Federal Reserve Put option was now fully ingrained in everyone’s mind.  For the first time the Fed was cutting rates proactively in order to avoid recession and they would get more aggressive if things got worse.

Well markets were not wrong to anticipate this amount of support from the Federal Reserve as the pandemic of early 2020 caught the world by surprise and sent a quick recession sweeping across the globe.  This was not a normal recession that was brought on by the business cycle or created from excess.  This was a true black swan event in which the global economy was shut down in order to protect the health of the population.  As markets cratered, the Federal Reserve quickly cut rates back to zero and exploded the balance sheet that dwarfed any quantitative easing that was done in the previous 12 years combined.  Serenity Now!!!! Not only did markets rebound, but they did so in violent fashion as no one was allowed to fail and the idea of the Federal Reserve Put would be in place forever.

One of the early problems people had with quantitative easing and low interest rates when it all started back in 2008 was that it would cause inflation.  All we saw for the next 12 years was an economy that underperformed and persistent deflation.  So, if the one problem of all this monetary intervention never materialized, then the pervasive view was that there are no negative consequences from this monetary policy coping mechanism.  Serenity Now!!! Serenity Now!! Serenity Now!!!

As we come to today, there is one thing about the business and market cycle that never really materialized since 2008.  This was the boom or excess part.  The boom is what creates too much risk taking and eventually leads to the next bust as the excesses need to be cleansed from the system.  Even though the Federal Reserve had been providing serenity for years, it was the pandemic and subsequent monetary and fiscal responses that finally caused those excesses and caused them in a major way.  It caused everyone to take on risk from companies, to governments, to day traders.  We saw more money flow into markets in the first part of 2021 then the last 20 years combined and use of leverage to buy assets like we have never seen.  After all, the Federal Reserve has been providing the market with serenity at every little juncture and nothing could ever be worse than completely shutting down the global economy, so what it there to worry about?

The funny thing about it is the one negative consequence of all this serenity, inflation, is now roaring back.  This was the negative consequence that was predicted 13 years ago and never materialized.  This is the negative consequence that has been bottled up for years and is coming at a time when the Federal Reserve can’t do anything to combat it because all of the serenity they provided for years has left us more vulnerable than we were 13 years ago because of all of the debt that has been taken on.  This leaves us currently at the point with the markets, inflation, and the Fed that is like Kramer right before he breaks the computers.

While many have been accustomed to the Federal Reserve and its “Serenity Now” policies for the last 13 years, there comes a point when it doesn’t work anymore.  The excesses are finally built up in the system.  There are so many excesses that even China is trying to manage them down in a reasonable way.  The problem with “Serenity Now” policies is that it copes with the problem and does not actually fix the problem.  By not fixing the problems, serenity now leads to insanity later as Lloyd Braun so eloquently says.  And right now it is starting look like that “later” is becoming “sooner.”

The Federal Reserve has done nothing more than bottle up the anger of the economy for years.  As the constant use of easier and easier monetary policy has finally triggered the inflationary problems and debt excess that can make the whole thing blow.  Unfortunately, by the time they realize that “Serenity Now” no longer works, don’t expect their next solution to be anything more than “hoochie mama.”